I hope everyone up north weathered this last storm with no damage and the least amount of trouble possible. I can honestly say the only thing I miss about living in New York are snow days – and to be honest, they weren’t given as freely as they are now. I remember having to get to school on blizzard days (sometimes for an hour before they sent us home LOL).

That said, I hope that you find this post warms your heart, toes and whatever else needs some warming up.

Today’s Wicked Wednesday hunk is someone I could have SWORN I would have posted about before, alas I have not. If you follow my Pinterest boards you’d have seen him on the inspiration board for Howl of Thunder and since I am working REALLY hard on that MS, I figured I’d feature the actor I am using as inspiration for the hero, Niko.

I’d first seen Steve Bacic in the early 2000s on the show Andromeda. There, he played Telemachus Rhade (and his great, great, great, great grandfather Gaheris – seriously, it’s all timey wimey stuff) a genetically engineered humanoid species that had bone blades sticking out of his forearms. I know it sounds weird, but trust me he made it work.

However, if you’ve never seen him on either one of those shows, you might know him 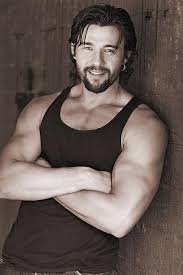 from his varied guest appearances on several prominent television shows such as: NCIS: Los Angeles, Arrow, When Calls the Heart, Smallville, Big Love, Battlestar Galactica, & one of my other favorites Stargate. Or maybe from some of the movies he’s been in like The 6th Day, or X-Men 2 (where he played Hank McCoy pre-Kelsey Grammer).

So, I chose him for Niko for a few reasons, firstly he’s of Croatian decent and though nationality really doesn’t play into how I get inspired by actors, it helped that he and my hero share that trait. Next, c’mon the man is sex on legs – he’s sexy as all get out, as I hope are all my heroes. And lastly, I actually met him (years and years and years ago at a con) and he’s funny and sweet –  I’m sure I have a picture of the two of us somewhere LOL – at his panel he actually had a Black Lace Novel – Black Lace was one of the first erotic imprints of a major publisher – which he said he would read from if the panel got boring LOL. How could I not make him a hero?

So there you have it Wicked Wednesday’s hunk of the week and future hero … Steve Bacic. 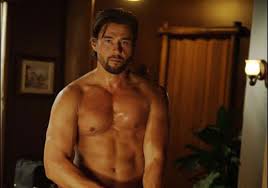